Dr. Mary C. Campbell – who goes by Marikay – is the head veterinarian and part-owner of Port Royal Veterinary Hospital. She purchased the practice along with Shelia Ellis and Bob Ellis in June 2009.

Dr. Campbell has a master’s degree in Veterinary Forensic Science. She has been involved in forensic cases for a number of years and spent three years getting her master’s. She often goes onsite on cases and testifies in court as an expert witness. She says that with her expertise in veterinary forensics, she can better serve the community, but more important, be the voice of the voiceless.

“The ability animals have to heal is amazing,” Dr. Campbell says. “Being able to participate in the process by removing obstacles from their paths is truly inspiring. Seeing a critically ill or injured pet turn the corner and recover makes every long day worthwhile.”
At home, Dr. Campbell has a Shetland Sheepdog named Swan, a French bulldog named Crash and a Bengal cat named Jag (“who thinks he's a dog,” she adds). In her free time, she enjoys photography and working with plants. Dr. Martin is the most recent addition to our veterinary team at Port Royal. She hails from Cape Cod, Massachusetts where she earned her undergraduate degree at the University of Massachusetts, Amherst. She then followed her lifelong love all things Scottish and attended the School of veterinary medicine at the University of Glasgow, Scotland. She graduated in 2009 and moved to Wilmington, NC to begin her veterinary career.

She fell in love with educating clients about the importance of preventative care. Just like with humans, regular wellness exams provide the opportunity to diagnose and treat ailments early. The veterinary world tends to mirror changes in human medicine. As and preventative exams are becoming increasingly important, we see the same in our beloved animals. Proper vaccination protocols, physical exams, blood work and heartworm preventative are critical necessities to be proactive our pet’s healthcare. Of course, there are some situations that require a more invasive treatment and Dr. Martin will not pass up the opportunity to challenge herself surgically.

In December of 2016, she moved to South Carolina to be closer to her parents who reside in the Bluffton area. She has a black Labrador named Chatham and a rescued senior cat named Mako, who is FIV positive and hyperthyroid. She is passionate about making hospital visits easier for owners and pets alike. This is made possible through the use and education of gentle handling, along with pheromones, anti-anxiety medication, positive reinforcement and minimally invasive exams.

Dr. Martin grew up on the beaches of Cape Cod which prepared her for southern shore life. Except, in the they like quahogs, little necks clam bakes while down here she’s learned to appreciate an oyster roast and a good ’ low country boil. She loves to travel and was fortunate while in Scotland to visit other nearby countries. Dr. Jeanice Lane joined the Port Royal Veterinary Hospital team as an Associate Veterinarian in 2019. Originally from Greenville, South Carolina, Dr. Lane developed a passion for working with animals and people alike under the tutelage of her veterinarian mother.

Dr. Lane has an extensive work history with a variety of large and small animals where she focused on incorporating both husbandry and medical care. She obtained her Bachelor’s degree in Animal and Veterinary Science at Clemson University prior to earning her Doctorate in Veterinary Medicine at the University of Georgia. Dr. Lane’s specific areas of interest include internal medicine, ophthalmology, dentistry, ultrasonography, and shelter medicine.

In May 2019, Dr. Lane moved to Bluffton, South Carolina to be close to family. She and her fiancé (also a veterinarian) have a Terrier named Tug, a Chihuahua named Ramone, and an American Bully named Merris whom they rescued while in school. Their furry family is rounded out by two cats, Chrissy and Stevie Wonder.

In her free time, Dr. Lane enjoys running, traveling, and spending time with family. When she wants to relax, Dr. Lane can often be found in her “create space” painting, crafting or making music. Dr. Eden Stark is originally from Tiffin, Ohio. She attended Wagner College in Staten Island where she graduated magna cum laude with a bachelor’s and master’s degree in microbiology. She started working at the Staten Island Zoo her senior year of college and then worked as a veterinary assistant while pursuing her master’s degree. She graduated from Cornell University College of Veterinary Medicine in 2019. She is particularly interested in orthopedics, avian biomedicine, and infectious diseases. She has an Australian Shepherd named Copper and 2 cats Watson and Crick. She enjoys hiking, kayaking, painting landscapes and horses. Laughter is the best way to start and end the day. Bob Ellis co-founded and is part-owner of Port Royal Veterinary Hospital along with Dr. Marikay Campbell and Shelia Ellis.

Bob has bachelor’s degrees in Psychology and Communications from the University of Detroit and previously worked as a supervising editor, production specialist, book and special projects editor and NASCAR columnist for the Detroit Free Press, Michigan’s largest daily newspaper.

“After 30 years in the newspaper business, I wanted to move to somewhere warm and near the and discovered Port Royal was a great place to live and work. Our clients are great and it’s our pleasure to give them the best veterinary service possible.”

Outside of work, Bob is a runner who has competed in five marathons since turning 50 and approximately 30 half marathons and more than 100 10K races. He also enjoys swimming and kayaking and is an avid student of history and current events.

Bob serves on the board of directors for the Sea Island Rotary Club and volunteers for its Smile Mobile program, which provides free dental care to patients well below poverty level. Bob is also active in Adopt-A-Highway. 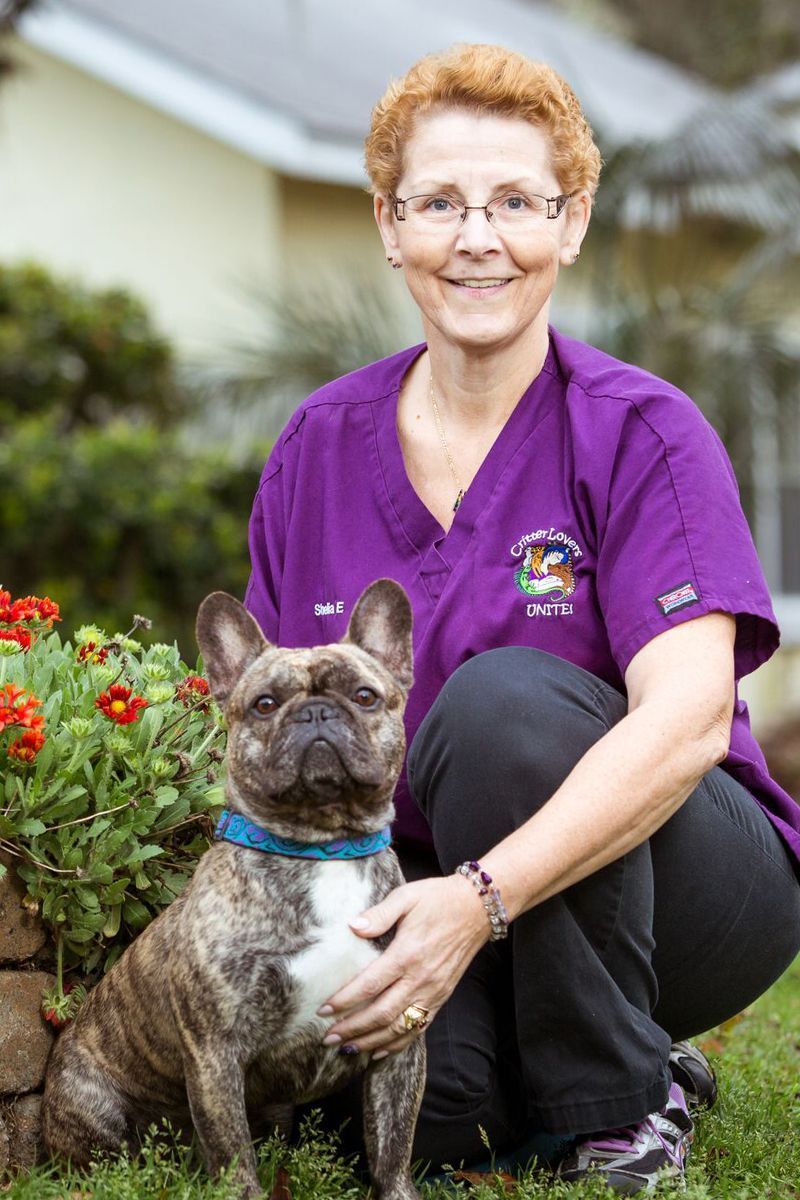 Shelia Ellis was a master groomer for 30 years and has retired from that profession. She is now our Social Media and Public Relations Director. She purchased Port Royal Veterinary Hospital along with Dr. Marikay Campbell and Bob Ellis in June 2009. 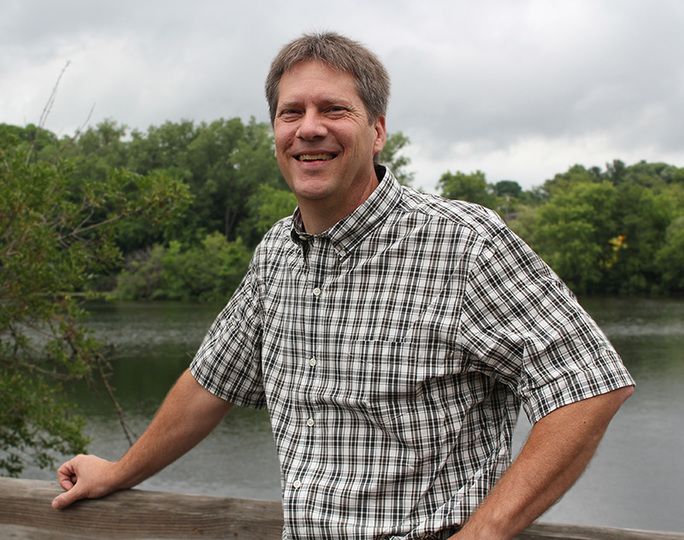 Doug joined the superhero team at Port Royal Veterinary Hospital in July of 2018. Relocating to the Lowcountry was a desire of Doug’s since he first began vacationing in the area during the late 70’s. Doug’s education includes a graduate degree from the University of Georgia and he has a varied work experience that took him from his native Michigan to Cape Cod, to Georgia, to Maryland and a return to Michigan. After two 20+ year stints in Michigan, it was finally time to move south and the opportunity to join the Practice as our Business Manager was enthusiastically sought and accepted.

Doug hopes to use his years of leadership experience to help guide the Hospital through the new expansion and work with the staff and ownership to make Port Royal Veterinary Hospital the regional leader in pet health care services.

Doug and his wife Shelley are grateful to the staff and doctors at PRVH who helped nurse their 10-year old cat, Lucy, back to health when she developed a life-threatening illness during their move south. Lucy is again an abundance of energy when she is not lounging in her new screened-in porch enjoying the beauty and warmth of Beaufort. Erin McKee joined Port Royal Veterinary Hospital in January 2017. Born in Atlanta, she has lived in Port Royal for seven years and is a certified surgical technologist.

Erin has a Doberman named Piper and says she “can't imagine working with animals.”

She enjoys boating when the weather is nice and loves reading a good book on her days off. “My name is Kristy and I have three fur babies. Since I was , I have dreamt of working/ caring for animals. I was born and raised in Ohio and I hate the cold.

“In my free time, I like to do DIY home projects and spend time with my dogs Butch and Sylvester and Midnight. My favorite dessert is cupcakes!” Beverly has more than 15 years’ experience as a large animal and small animal vet tech.

Hobbies and passions: animal rescue – Beverly has rescued more than 40 cats, dogs, horses, donkeys, birds and goats – and arts and crafts such as making jewelry, painting and refinishing furniture.

“I have shared my experiences while living in seven states and the U.S. Virgin Beverly, adding that she “provided the first flying ark, flying 16 horses, 14 dogs, eight cats and a parakeet back to the States after Hurricane Hugo destroyed our farm and home in St. Croix in 1989.” “My family has been showing dogs and involved in the veterinary and grooming industry for many years. I started professionally grooming about 20 years ago in a grooming salon owned by my family in Michigan.

“I was trained by a master groomer. I moved to Port Royal in 2010 to be closer to my family. I appreciate animals of all species and sizes. I am the groomer at PRVH and love my job. I have a Cat named Lover Boy and a Shetland Sheepdog named Brie. I get a kick out of caring for my pets and helping with my niece and nephew. I enjoy cooking, reading, riding horses and traveling.” “Beaufort, SC native, music lover and someone who loves to have a good laugh three things that come to mind when pressed to describe . I also enjoy cooking and baking, curling up with a good book (I have a bachelor’s degree from USC Beaufort in English and Literature) and hitting the road with my camera.

“Ever the critter lover, I currently have six fur babies as part of my family: two dogs (Charlie & Chuckie), a cat (Odin) and three guinea pigs (Sam, Elliott, Nova).

“As a Client Services Representative at PRVH, I have been given the opportunity to contribute to bettering the health and welfare of pets. Such an opportunity is rewarding – it gives my work purpose. To be part of a team working toward the same goal is nothing short of amazing!” April Haas is originally from Allentown, PA, and moved to Beaufort in March 2016 and is “loving it here,” she says.

April is married with two daughters and five grandkids. She’s also the proud mother of a hamster named Legosi and a Rottweiler named Tiff. “My name is Jacqueline Garvin and I love being ‘Ms. Jackie.’ I was born in the Port Royal area of Beaufort, SC.” Heather Nicole Garcia grew up in Antioch, Ill., and graduated from high school in 2010. She moved to South Carolina in 2013 with boyfriend Keith Thornton. She enrolled in Penn Foster’s veterinary technician program in 2015. "My name is Victoria. I am originally from Kentucky. I graduated from Murray State University in December of 2016. I have a Bachelors of Science in Agriculture. I became a Licensed Veterinary Technologist in June of 2017. I also became a Certified Veterinary Euthanasia Technician in April of 2018. I enjoy playing Pokemon and reading books during my free time. My husband and I love to spoil our two dogs, two cats, and our box turtle." 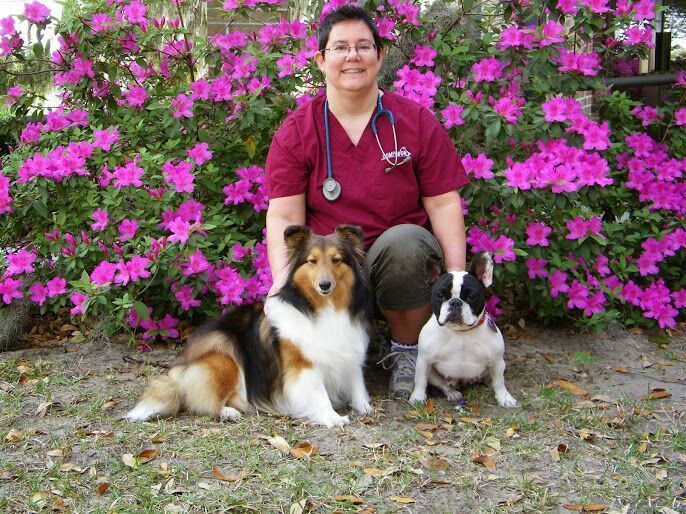 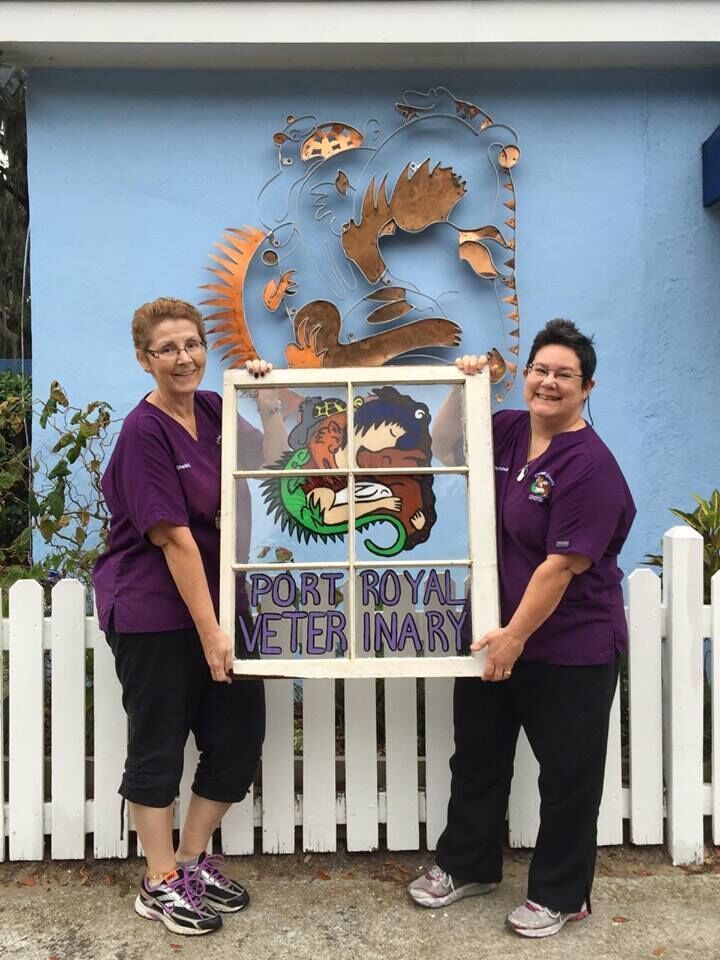 At Port Royal Veterinary Hospital in Port Royal, SC, our experienced doctors and staff are proud to offer complete veterinary medicine catered to the specific needs of your pet.

Send Us A Message

Feel free to leave us a message using the contact form below and we will get back to you ASAP.